FEATURE: METROPLUS: THE BIKER CHICK WHO IS NOT!

The happiness of a long-distance biker

“I’m no biker chick,” Sangeetha Jairam says firmly. “I am more of an adventure-traveller; my motorcycle is something of a companion-teacher, who has taught, and continues to teach me, a lot about life.”

Biker chick or no, Jairam, who is within eye-balling distance of 50 but doesn’t look it, is definitely one more name added to the growing number of women who make long-distance rides on their motorcycles. Her most recent ride was from Finland to Norway in June 2019. She was part of a group of eight motorcyclists, all riding Japanese bikes, who rode from Helsinki to Nordkapp and back, covering a distance of around 3,600 kilometres in 12 riding days.

Jairam rode a Kawasaki ER6n, a 600cc motorcycle. The itinerary was Helsinki-Kuopio-Kuusamo-Ivalo-Skarsvag-Rovaniemi-Vaasa, and back to Helsinki. 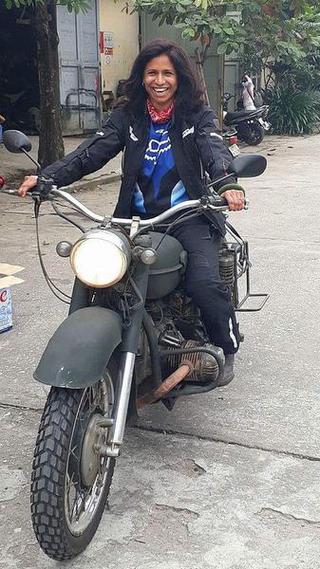 “That was indeed one great experience,” she says, enthusiastically. “Our daily distance bar was set at 500-plus kilometres, and since it was summer in Finland, the sun shone all day and all night, and we couldn’t tell the difference!”

Everything pointed North on that trip. The European Highway E69, has its northern terminus at the North Cape, the northernmost point in Europe accessible by road. The Cape has a 307-metre-high-cliff with a large plateau on top, where visitors, weather permitting, can watch the midnight sun and view the Barents Sea to the North.

“The best part of the ride was reaching Nordkapp, Land’s End of the European continent, 2,093 kilometres from the North Pole,” says Jairam. “To get there, we had to ride around the Arctic Sea, which was a stunningly scenic road. I had my first-ever experience of the Arctic gale there. At times, it took real effort to keep the motorcycle from rising up in the air! Since it’s the Arctic region, there was hardly any vegetation except rolling grasslands and lots of reindeer skipping across the road. It was truly an amazing ride.”

Jairam inherited a passion for bikes from her father. “After he graduated, my father returned to India from Germany in 1964 on a motorcycle! All my childhood, I saw him on a motorcycle, so it was only normal for me to ride one.” Currently, she alternates between riding a Royal Enfield Himalayan and a Hero MotoCorp Impulse, but her all-time favourites continue to be the BMW, Triumph and Honda motorcycles.

It’s not all been smooth riding, of course. While riding in Bhutan, some years ago, she got over the Pele La pass and the bike had a flat tyre. “It was 4pm, not a good time to be stuck in the mountains,” she recalls. “It was late, the light was fading and the skies opened up! Then, a lone vehicle came over the pass, a pick-up truck, onto which my bike was loaded; the next repair shop was 70 kilometres ahead, and on that track, it meant a travel time of four hours. But this experience taught me that bikers are blessed; my initial dismay turned to pure exhilaration!”

Discussing her enthusiasm for riding bikes, Jairam, who often takes solo trips, says riding motorcycles is a hobby and travelling to experience new places and people is a passion. “I would not call it an expensive hobby because this is what I love doing most. There is little else I spend on, I save to moto-travel.” 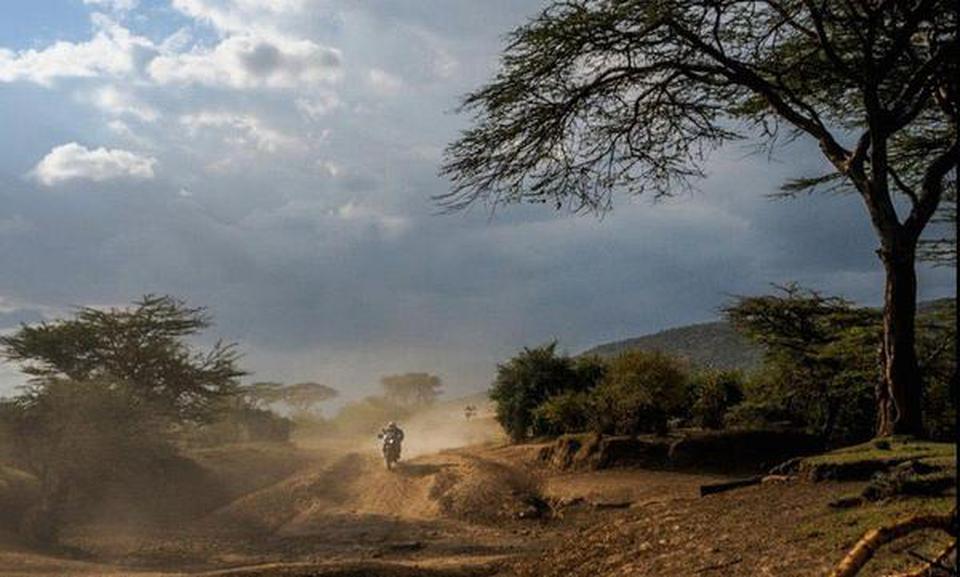 Jairam grew up in Coorg and did her schooling at The Lawrence School, Lovedale in the Nilgiris, where she says she had the best time of her life. “I always wanted to ‘give back’ to the school, and three years ago, I was fortunate enough to be able to introduce yoga into the school curriculum.”

Interacting with children has to be the best job on earth, she avers. “Children are awesome, they keep me fully engaged. Just like riding motorcycles, my day job, too, has taught me so much and given me immeasurable happiness.”